Share a memory
Obituary & Services
Tribute Wall
Donations
Read more about the life story of Coy and share your memory.

Coy Jackson was born May 12, 1929. God called him home on January 16, 2023. He was one of nine children born to the late Theodore Hall and the late Alice Jackson in Dewy Rose, Georgia. He was preceded in death by his mother and father, his wife, one son Edward Jackson “Redd”, 2 sisters, Anabelle Maxwell, and Elizabeth Jackson and 5 brothers George Jackson, Willy Jackson “Wm”, Dean Jackson, Kurt Jackson, and Johnny Jackson (John Henry).

At an early age he left Georgia and moved to Long Island, New York, where he worked for the State of New York. When he retired, he returned back to Elberton, Georgia.

Coy met his forever love of 70 years Mrs. Zelma Jackson and to this union they had three children: Edward Jackson “Redd”, Johnnie Jackson “Tee” and Balerie Jackson “Sissy” all of Elberton, Ga.

Coy was a member of Oak Grove Baptist Church and remained a member until death. Coy was well respected and loved by everyone. Everyone called him “Kojack.” Coy loved spending time with his family and friends. He enjoyed his farm, antique cars, and racing. He was an active member of the Mason lodge, Motorcycle Club Freedom Riders, and van club. He loved to travel with them until he was no longer able to.

Those left to cherish his memories are his six surviving children, Brenda Sondej of Elberton, Ga, Johnnie Jackson of Elberton, Ga, Rosetta Langlois of Hempstead, New York, Balerie Jackson of Elberton, Ga and Michael (Rolanda) Allen of Greensboro, NC. One stepdaughter: Shirley Evans of Charlotte, NC; One sister: Lorraine Williams of Florida. Four in-laws: Verlie Jackson (Vera), Gladys Simpson, Horace Anderson and Doris Stephens. He was a beloved grandfather (PaPa), Great grandfather and great great grandfather. Special Thank you to Dennis Maxwell, Diane Aiken and Chris & Lannie Harris for all you did for Coy. We greatly appreciate you all. Coy will truly be missed by all who knew him and loved him.

To send flowers to the family or plant a tree in memory of Coy Jackson, please visit our floral store. 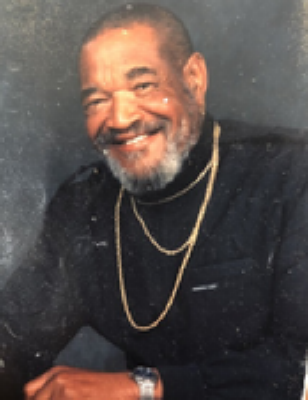