Share a memory
Obituary & Services
Tribute Wall
Donations
Read more about the life story of Trina and share your memory.

Trina Rucker, age 54, was born on October 19, 1968, to the late Ima Jean Durrett and the late Lepolin Duncan. She made her transition on January 18, 2023, after a courageous battle with cancer.

Trina became a member of St. Luke CME Church at an early age, she was a faithful member serving in various capacities until her passing. She graduated from Hart County High School. Later, she gained employment in the Hart County School System where she served as the attendance clerk at HCHS. Trina was well-loved by her maternal grandmother (Mrs. Velma) and mother (Ima Jean) to be a loving and caring woman, always giving her time to others. She incorporated those traits into her role as a mother. She met the man that was to become her husband (Preston) while living across from each other on Savannah Street in Hartwell. They fell in love instantly and knew they both shared a love for family and decided to start their own. As a mother to three children, she was generous, loving, and kind.

She was authentic, genuine, and instilled those qualities into her children. In her free time, Trina loved to cook amazing meals and generously shared them with others. She believed that it was very important to give back, so she would create meals and then deliver them to the sick and shut-ins, as well as to family members. Trina loved to travel on trips around the world with her family as often as possible. Trina will be greatly missed by her family and especially by her husband and three children who all adored her with all their hearts.

Her mother-in-law Charlotte Rucker of Hartwell, one sister-in-law Antionette Heaton (Chad) of Gainesville, Ga and one brother-in-law, Keith Rucker of Royston, Ga also survive her. She also has two goddaughters – Torrion Starks and Leigh Jones, one godson Briley Durrett.

Trina loved her special friends Angela Gray, Lola Patterson, Kim Turner, Shirley Simpson and Jan Banks all of Hartwell. Trina has a host of other family members, co-workers, and friends who were very special to her.

To send flowers to the family or plant a tree in memory of Trina Louise (Durrett) Rucker, please visit our floral store. 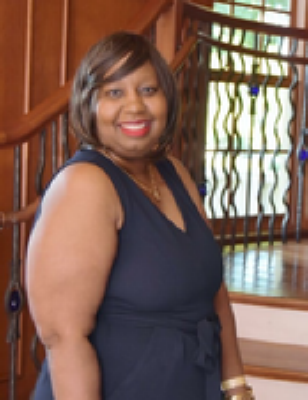